The Beverly community has a long-standing history as a part of the city of Chicago. The earliest settlements in the Beverly area were in 1834. According to Alice S. Barnard’s “Historical Sketch of Beverly Hills,” the Spring House was built on the current site of Vanderpoel School. It was named the Spring house because there was a “natural spring of water” located on the site. In 1853, Nat Mullens, who came from California with his family, began teaching “the first public school at the old Spring House.”

One of the early settlers of the north side of Beverly area was W.M.R. French, the director of the Art Institute. It was French’s influence that brought John H. Vanderpoel to move to Beverly.

John H. Vanderpoel was born in 1857 in Haarlemmer-Meer, Holland. Vanderpoel was eleven years old when he came to the Chicago area with his father. He was publicly educated in Chicago, where he showed great interest in drawing. He received a scholarship and attended the Art Institute. He was a distinguished student and eventually worked his way up to teaching at the Art Institute. He taught there for more than thirty years. His former students include Georgia O’Keefe, J.C. Leyendecker, and Frederick Carl Frieseke. His work on the drawing of the human figure is still used today.

On May 2nd, 1911, shortly after taking a new position at The Art Academy of the People’s University in St. Louis, Vanderpoel died suddenly of heart disease. He was survived by a wife and two children. Friends of Vanderpoel convinced the Chicago School Board to rename the school at 95th and Prospect Vanderpoel School in his honor soon after his death. The newly named Vanderpoel School soon began housing works of art from Vanderpoel. His friends began donating pieces of art to display as well. Soon the collection grew too large for the school and was moved in 1929 to the Ridge Park Gallery.

We were recently afforded the opportunity to receive some excellent historic pictures that are very rich in Vanderpoel's history. We are very grateful to be able to have them on our website. 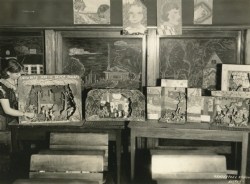 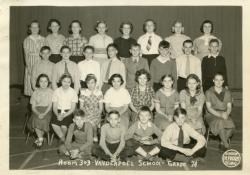 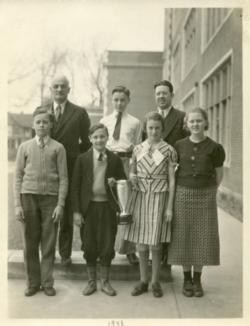 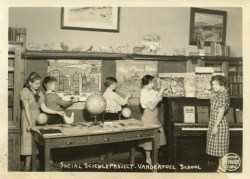 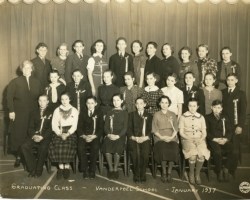